My friend and long-time mentor in film arts Tom Luddy is receiving the coveted Mel Novikoff Award st the SF Film Festival on April 9 at the Castro Theater in San Francisco. Luddy, a co-director of the Telluride Film Festival, has been associated with American Zoetrope since 1979. Join SFFILM Festival for this program (4 PM) featuring a conversation with Tom followed by Tom's choice of two films: a rarely screened Godard short and Gennady Shpalikov's landmark A Long and Happy Life (1966).

In the history of Russian, perhaps, even European auteur cinema, “A Long Happy Life” (1966) is unique. Now a classic, this autumnal drama of love and disenchantment (with strong autobiographical overtones) marks the debut of Gennady Shpalikov’s career as director. It also marks its end. Acclaimed abroad but barely appreciated in Russia, he was never allowed to direct another film, even though he continued to write for the screen until his suicide in 1974 at the age of thirty seven.


The film begins on a fall Saturday, at dusk at a construction site outside Novosibirsk. A group of young men and women – the beautiful Lena (Inna Gulaya, Shpalikov's wife) among them – are boarding a factory bus at dusk for a long ride to the big city to catch the Moscow Art Theatre production of Anton Chekhov’s The Cherry Orchard. Half-way there and after night fall, they pick up a hitch-hiker Victor (Kirill Lavrov), who takes the seat next to Lena. A geologist with a roving eye, Victor is in his early thirties and making his way home in European Russia; Lena, in her early twenties, is beautiful, naïve, and dreamy.


They “click.” Before long, they exchange confidences about their childhoods. Lena remembers her heart break from a crush on a fireman; her flashback is the film’s first homage to Jean Vigo’s “L’Atalante.”


What began as a bus ride flirtation ascends to dizzying heights in the theater. Emotions swell against the dialogue of the two last acts of Chekhov’s play and intensify in the intermission, set up as a social mixer, replete with drinks and dancing in the foyer. Unable to resist, the two soon retreat into the dark recesses of the theater house and begin to kiss. 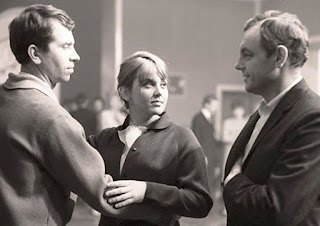 But it is not their embraces but their dialogue after they leave the theater that marks the emotional high point of their relationship: poetic chatter interspersed with mutual declarations of undying love and loyalty.

The mood changes in the bleak light of day the following morning. Lena, a modest suitcase in hand and an eight-year-old daughter in tow, rouses the hung-over Victor from his bed in a floating guest house. She is ready to begin a “long and happy life” together. 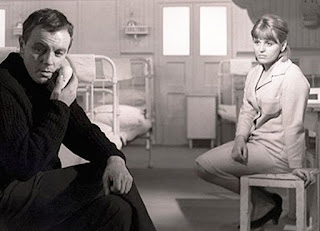 What follows is a painful denouement terminating in a drawn-out coda (another tribute to Vigo’s Le Chaland qui passé, a.k.a., L'Atalante): a barge floating down the great Siberian river Ob. The film's soundtrack (composer Vyacheslav Ovchinnkov) ends on a pure accordion melody, reminiscent of L’Atalante’s closing tune.


Like all gifted artists, Shpalikov was in a dialogue with his great predecessors and contemporaries. An admirer of Jean Vigo’s L’Atalante he turns Vigo's cinematic fairy tale about simple bargemen who live happily ever after into its opposite—a Chekhovian drama about the solipsism and narcissism of modern characters, amplified in the infinite echo chamber of the Eurasian plain. 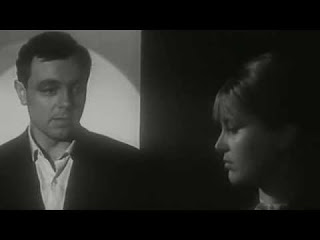 By grafting Chekhov’s pessimism onto sunny and irreverent Vigo and setting his action in the haunting dusk and darkness of Siberia, Shpalikov seems to have also produced a Russian take on the archetypal road film, Fellini’s La Strada, with his wife Inna Gulaya assuming the role of Gelsomina—in her husband's art, as in life (she is rumored to have died of an overdose in 1990).

For many in Russia, A Long and Happy Life marked the closure of the 'Thaw" cinema that flourished in the Soviet Union during the years of reform following Stalin's death.

Plays with Une bonne à tout faire (Jean-Luc Godard, 8 min, 1981/2006), a rare short filmed at Coppola’s American Zoetrope and revolving around a tableau vivant of a Georges de La Tour painting.
Not to be missed!

For tickets, click here.
Posted by Grisha Freidin at 5:37 PM No comments:

I saw him for the first time at the Kafe Molodezhnoe (Youth café), the only establishment of its kind in the true, Parisian, sense of the word in Moscow circa 1962. If you made it through the door early enough, you could spend the whole evening there listening to jazz while nursing a cup of coffee and/or a bottle of wine… This was my first and only visit there. Yevtushenko appeared late, and there was a palpable stir in the cafe as he briskly walked across the room and settled in at a table already crowned by a circle of beautiful people. After some minutes, he got up and stepped onto the slightly elevated stage. A wave of admiring murmur lapped at his feet. He began reciting his poetry.

I did not really know his work and could not make out a single familiar poem but the recital lasted for awhile. Sixteen or seventeen at the time, I had already been "turned" by the forbidden poetry of Marina Tsvetaeva and Osip Mandelstam, and what I was hearing did not impress me. Yet, I, too, was dazzled by the glow and the vibe that emanated from this man, still young looking, tall and handsome, and dressed to a T with chic informality. Every item of clothing on him came from "over the hill" (из-за бугра) and was the envy of every kid, bitten, like me, by the 1960s bug of Western individualism, youth culture, and craving dignity in appearance. Around that time, someone offered me a ticket to go and see him recite at what was then the newly-minted Luzhniki Stadium. I passed. And why would I go? I preferred the secret private cult of opaque modernist poetry -- the "stolen air," in Mandelstam's phrase -- to the mass craze for the uncomplicated verse of the official Soviet Fronde, the poets who accepted compromise in exchange for permission to publish, make money, and, coveted most of all, travel abroad. 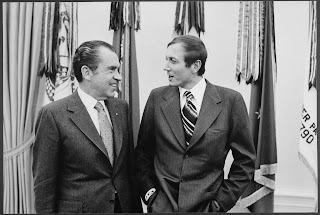 Many years later, already in the U.S., I remember Joseph Brodsky referring to Yevtushenko in disparagement as "poetry's prostitute" while apologizing to the actual practitioners of the world's oldest trade for using their metier as a qualifier for this sullied name. Someone then asked me if I agreed with Joseph. I shrugged. What I knew of Yevtushenko's poetry did not impress me but it belonged to its time and had an impact. As much as it was hard for me to dismiss Yevtushenko, it was hard for me to suppress my distaste for his verse and his public style.

Still, there were two fragments of his poetry that stuck in my memory like a fly in a piece of amber and are probably part of my generation’s urban lore:

1. "He wore slim pants and read Hemingway" (Он брюки узкие носил, читал Хемингуэя) – the phrase pretty much defined me as a type in my teen years, despite the fact that I didn't quite vibrate to Hemingway (that came later).

2. "And what comes next? And what comes next? / You whispered <to me after sex>" (А что потом, а что потом / Ты говорила шепотом). In the Russian original, "sex" is implied but it needs to be there in English to render the post-coital vibe of the verse:  the young woman, a virgin, is asking the young man with whom she had just had sex what will happen next to their relationship (in Russian, past tense singular has a gendered ending). These lines, too, were emblematic of the generation, one before the pill, that was destined to making out under the Damocles' sword of unwanted pregnancy.

Perhaps my last direct encounter with Yevtushenko's verse occurred in 1963 at the Moscow Conservatory — at the premiere of Shostakovich's Thirteenth, "Babii Yar" Symphony, set to Yevtushenko's 1961 poem that had apparently enraged Khrushchev. In my young and heavily Jewish bohemian milieu, the poem, a sharp condemnation of Soviet anti-Semitism, was too straight-forward, almost agit-prop, to rank as serious poetry.


But there I was standing in the foyer of the Grand Hall of the Moscow Conservatory, trembling with excitement: I was about to hear the world premiere of the “Babi Yar” Symphony of my beloved, saintly Shostakovich. Doubt crept into my mind: perhaps, I did not understand something about Yevtushenko? The poem was good enough for Shostakovich who, we all knew then, had withstood enormous pressure from the Kremlin to bring about this first performance. Could Shostakovich have redeemed Yevtushenko?  To my snobbish mind, however, the music completely overshadowed Yevtushenko's verse. I was soon confirmed in my prejudice. In an odious move, Yevtushenko backed down and produced an anodyne version of "Babi Yar" to please Khrushchev's cultural watchdogs. No, I was not surprised...


Unless challenged, tastes and opinions acquired early in life stick to your mind like barnacles to the hull of the ship, and I have never had the occasion to reconsider my attitude toward Yevtushenko. To me, his poetry is a form of art that is compromised by its government permit, and it is too late for me now to change my mind. And yet, I must acknowledge, his was a lifelong service to the Russian poetic tradition in which the poet, in Yevtushenko’s own, somewhat tinny, phrase, is “more than just a poet.” And sometimes, I should add, a poet can be less than one, too.

If Brodsky was right, and we should see Yevtushenko as a poet who had his Muse ply the world’s oldest profession throughout his career, we must remember him as a holy prostitute - sacred to the cult of poetry that swept the Soviet Union in the decades after Stalin's death. This cult was as diverse, ambiguous, and full of contradictions as was Russia itself during Yevtushenko’s long lifetime.

The archetypal Soviet "cult" poet, Vladimir Mayakovsky, whose art encompassed many political compromises, committed suicide at Eastertide, 14 April 1930, at the age of 36. Yevtushenko died on April Fool's day at the ripe old age of 83. RIP.